The news was released as part of the announcement of a 5th location for CrazyLabs’ hyper-casual gaming accelerator, officially known as CrazyHubs, in Warsaw, Poland. The latest addition to the company’s global training program, after India, Israel, Turkey and Serbia, comes as no surprise to insiders who follow the mobile gaming industry. Read more about the news in Pocketgamer.biz. “Once we realized the demand for real knowledge in the field of hyper-casual game development, we decided to create our first CrazyHub” recalls Shcliesser. The hyper-casual gaming accelerator was initially launched as a virtual initiative in Mumbai, India, and as a physical hub in Tel Aviv, Israel. The success of the two prompted CrazyLabs to expand this initiative even further.  While the 2nd batch of gaming studios recently started their training program in the Israely hub, the company has already decided to expand even further, and is expected to finish 2021 with 8-10 hubs worldwide. In the past few weeks CrazyLabs opened registration for CrazyHubs in Istanbul, Turkey, in Novi Sad, Serbia, and also added a new hub in Warsaw, Poland.

CrazyLabs also invites hyper-casual game developers to take on development challenges for monetary rewards. New challenges are now introduced on a monthly basis, for example – inviting studios to submit a test for a hyper-casual narrative game and win unlimited prizes. Once your game idea is approved for testing, you get $500 in cash, and if you pass the company’s benchmarks, you can get up to $50,000. Studios with approved tests are qualified for CLIK Dashboard membership – CrazyLabs’ self-serve platform for testing hyper-casual games with full transparency. Read more about the latest challenge by CrazyLabs. 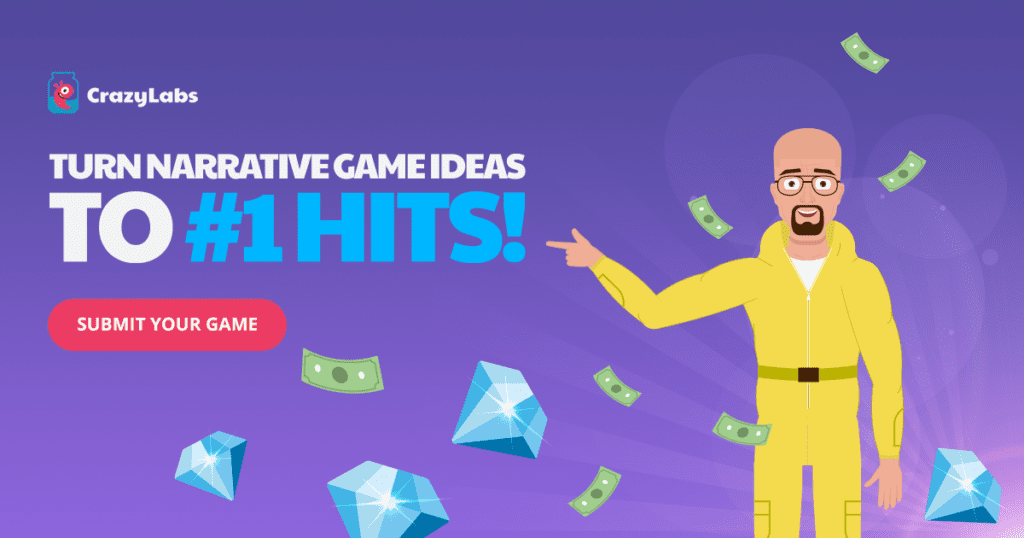