Jumanji: an Epic Run Towards a Breakthrough Mobile Game

Jumanji: an Epic Run Towards a Breakthrough Mobile Game

It’s 02:23am, December 8, 2019, and the airport looks deserted. The red carpet in Hollywood seems like another unrealistic goal in a journey that started 20 months ago in Crazy Labs’ HQ in Tel Aviv. Once again, Jumanji is in peril.

How Did We Get Here?
It was the end of April 2018 when we first destined ourselves to become the official gaming partner for the upcoming Jumanji sequel and create the mobile game for the movie. We had a vague idea and knew we wanted a runner game. Sony Pictures, on the other hand, felt the game should be more robust – but what does that mean? We weren’t sure at first.

The Licensing team at the time consisted of one full time employee (yours truly), a guest star with high aspirations (Amit Navon,the Creative Director and the muse of it all) and a supervisor who somehow believed in us (Guy Tomer, our COO  and the right Guy for this kind of a far out project).

But we knew we wanted a runner. Oh, and we knew it needed to be robust.
So we started running, and now, December 8, 2019, it feels like we’ve been running ever since, just us and a few of our favorite characters – Dr. Smolder Bravestone, Franklin “Mouse” Finbar, Ruby Roundhouse and Professor Shelly Oberon. All of us ran right out of our comfy office in Tel Aviv, left the warm Israeli summer and went through the Jungle, the city, the Oasis and the snowy Mount Zhatmire.

In our search for an external studio we went down under, all the way to Australia, and found the wonderful team of game developers that will work with us on our game – Playside Studios. We then went to Los Angeles, to work with Sony Pictures’ team of professional executives and amazing talents. And the best part? The stars of the movie gave their honest opinions and actually helped us create a better depiction of them (“My head is too big”; “What happened to my legs?”; “Y’all made my eyes crazy”; “BTW – you need to add my new tattoo” etc.:).

Bottom line – the teams across the globe worked long and hard, and our internal team here in IL, that now included also a kickass Game Producer (Gali Lulavi, who we call Lulovely!) did the unthinkable and worked around the clock to get feedback from down under right to the Hollywood execs. They switched from one time zone to another much like the players switch characters in the movie. That kind of devotion isn’t trivial, believe me.

Back to the Airport
Right, OK, we’re here, and we’re on our way to the movie premiere. Jumanji: Epic Run is set to release in 48 hours and we’re still doing last minute fixes. The tension is killing us. But nothing is going to stop us from presenting the new game in Jumanji: The Next Level movie premiere. Boarding starts now!

December 9th, 2019 – We’re Here!
It’s happening! We’re presenting our new mobile game, a 4D robust runner, to the invitees of the premiere, and feel like we’re covered in stardust after talking to our favorite actors and the stars of this amazing journey – Dwayne ’The Rock’ Johnson, Kevin Hart, Karen Gillan and Jack Black. December 11th, 2019 – Release Day
Give it up for the amazing team here at Crazy Labs, because none of this would’ve happened without them!  Jumanji: Epic Run is released and jumps to the no.1 spot like we knew it would. 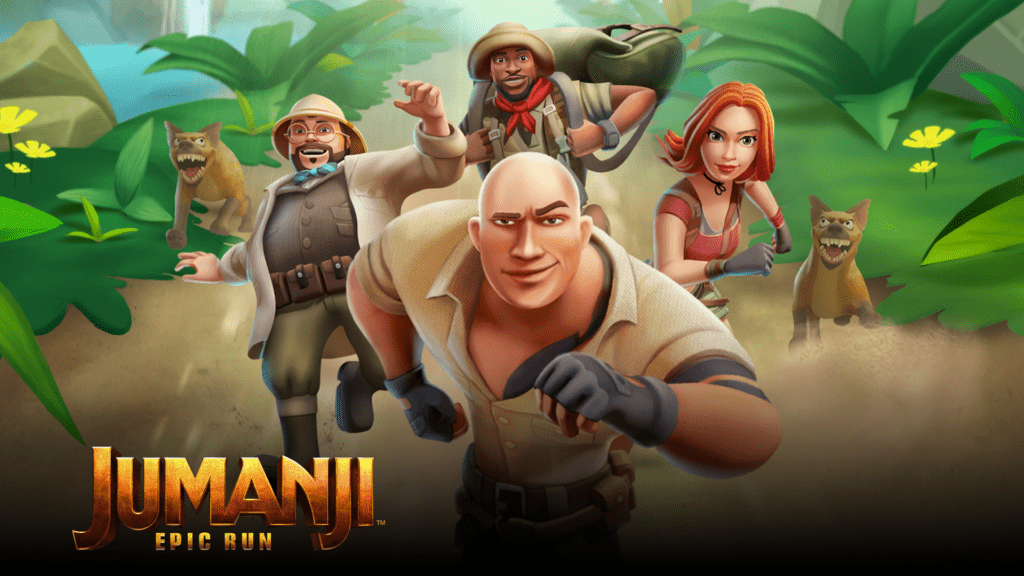